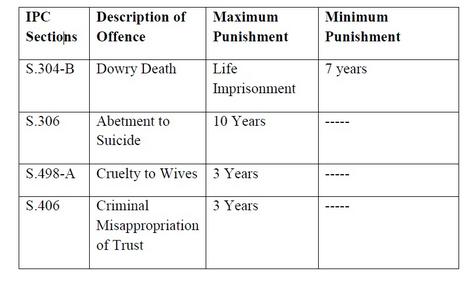 What is “domestic violence” under the Protection of Women from Domestic Violence Act?

The term ―domestic violence‖ under Domestic Violence Act includes physical, emotional, sexual and economic violence (S.3). The following is an explanation of these terms.

Emotional violence – abusing, using derogative words, demanding dowry, humiliating her because she does not have children or has only girl children, or because she is not good looking or she has not brought enough dowry, etc or threatening to throw her out of the house or threatening that she will not be provided any money for her or her children‘s maintenance, etc.

Economic abuse means neglecting to maintain the wife, not giving her money for her maintenance, throwing her out of the house and not providing any shelter or maintenance, not returning her dowry, stridhan or jewellery etc.

Such rights include claim of monetary relief, rights to residence, compensation for domestic violence, protection order, and child custody amongst other reliefs.

1.Right to an order of protection

2.Right to live in the same house

Domestic violence law specifically provides the right to residence. Right to residence includes in living in the shared house hold irrespective of fact whether wife has right, title or interest over the property/residence. This specific provision is inserted in Domestic Violence law to arrest the menace of abandoning the woman and children, if any, without roof and shelter in case of matrimonial disputes. DV Act also provides for alternate accommodation. Hence, law cast a mandate on the husband to provide residence to the wife. Such residence can be shared house hold where husband and wife lived together and made such house as their matrimonial house. Alternatively, law mandates husband to provide alternate residence comparable to the one previously enjoyed by the wife while living together.

Case under domestic violence law is initiated by filing a complaint detailing all events of domestic violence before the Court of magistrate. Such complaint is generally accompanied by interim application. Magistrate trying the complaint is empowered to execute summons of the case through protection officer or by the concerned police station. In dire case requiring urgent relief, court has power to grant exparte order(order in the absence of the other party). For example, wife is abandoned by the husband and she is in immediate danger of loss of roof over her head. She can approach to the Court for directions that she may not be evicted from the house rather she should be allowed to stay in the shared house hold or matrimonial home. Court under such grave circumstances is competent to pass exparte order restraining the husband or any other family member from dispossessing her from the shared house hold or matrimonial home.

Scope of law is further widened wherein it is clarified that not only wife but any other female living in domestic relationship can seek remedy. Thus, sister or mother can claim relief against son or father and/or brother for the relief.

Domestic violence law for the first time recognizes existence of legal rights to female who are not married to claim monetary relief, residence, compensation etc from her partner. In other words, women living as “live in relationship” has given benefits, protection, right and claim under domestic violence law.

Which are the Provisions Related to Dowry Related Violence in the Indian Penal Code (IPC)?
After the anti-dowry in early 1980 several women‘s organisations demanded stringent punishment for husbands and their family members if they caused any dowry related violence to a newly married bride. If a woman died in her matrimonial home within seven years under unnatural or suspicious circumstanced, a special legal provision was incorporated which is termed as S.304B – Dowry Death. If a woman committed suicide due to harassment for dowry within seven years of her marriage, S.306 of IPC-Abetment to Suicide can be invoked. If the woman was harassed for dowry or was treated with cruelty, S.498A can be invoked. In this case, there is no limitation of seven years after marriage. If her stridhan is not returned to her, S.406 can be invoked, along with S.498A. The following table indicates the punishment that can be awarded under these sections.